“Be Generous with the Time You Give Students”: Professor Rajan Menon, Dedicated Teacher and Prolific Scholar, Retires  | The City College of New York Skip to main content

“Be Generous with the Time You Give Students”: Professor Rajan Menon, Dedicated Teacher and Prolific Scholar, Retires

< Home / Colin Powell School for Civic and Global Leadership / “Be Generous with the Time You Give Students”: Professor Rajan Menon, Dedicated Teacher and Prolific Scholar, Retires 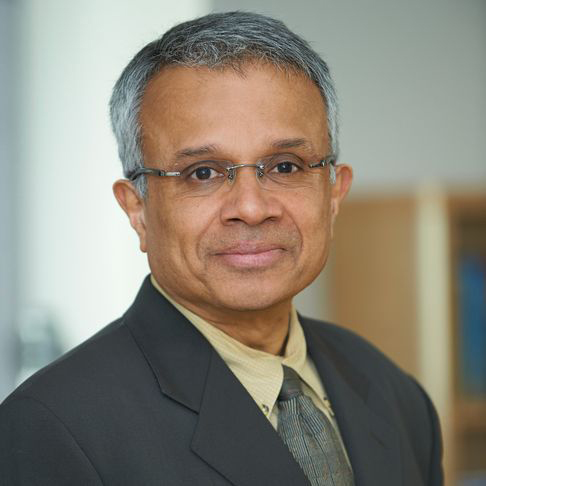 “Be Generous with the Time You Give Students”: Professor Rajan Menon, Dedicated Teacher and Prolific Scholar, Retires

Professor Rajan Menon, the Anne and Bernard Spitzer Chair in Political Science at the Colin Powell School, retires this fall after more than ten years at CCNY. A native of Kerala, India, Professor Menon grew up in New York City and Wichita, Kansas. He is a prolific author, whose research focuses on American domestic and national security policy, globalization, and the politics of Asia, Russia, and the post-Soviet states. During his time at CCNY, he dedicated generous amounts of time and energy to students and published widely in both academic and mainstream publications. In a recent interview, he talked about his love for the life of a scholar and his close productive relationships with fellow faculty across disciplines at CCNY. Professor Menon previously taught at Lehigh University, Columbia University, and Vanderbilt University and has held fellowships and other positions at the New America Foundation, the Carnegie Corporation of New York, the Council on Foreign Relations, and the National Bureau for Asian Research. He also served as Special Assistant for Arms Control and National Security to Congressman Stephen J. Solarz (D-NY).

Tell us a little about you: where did you grow up?

I was born in Kerala, a tiny sliver of a state at the tip of India's southwestern coast. It’s an unusual place in many respects, certainly for a country in what is now called “the Global South.” It has a literacy rate of over 90%; a life expectancy rate that compares favorably with Europe's; an excellent public health system; and beautiful Hindu temples, mosques, and synagogues (and the food is spectacular). Kerala, in Hindu families anyway, is also a matrilineal society, and one wonderful consequence of that has been that women are well represented in politics and professions. Kerala's Communist party—which made a priority of land reform, progressive taxation, education, public health, and educating people about contraception—deserves considerable credit for the low levels of poverty in the state. One drawback has been that Kerala loses too many highly trained people because the state doesn’t have a lot of industry (though it has spectacular beaches and seafood) and so they go elsewhere in large numbers. As an aside: many less-well-educated Kerala Muslims, having worked for years in the Persian Gulf, return flush with cash, and that has had interesting, and to my mind largely positive, effects on social hierarchies and wealth distribution.

What were some early experiences that influenced the direction your life/career took?

The earliest influence was that my mother and I left India in 1958 and I have spent 80% of my life in the United States. I grew up in New York City and Wichita, Kansas (quite a contrast), but I was sent back to a boarding school for some years. I received a superb education there, but British-style boarding schools are tough places and not for the faint of heart. You see sides of human nature you shouldn’t, especially as a child. It never once occurred to me to send either of my daughters to one.

How did you become interested in the field you pursued?

Most of my family, certainly on my father’s side, are in the Indian foreign service, and we jokingly refer to it as the family business. But it’s not a business I particularly cared for (the reasons are too complicated to do justice to here), having come to know it very well. So academia enabled me to escape the family business (to which I am temperamentally unsuited in any event) and to enter one that had three big attractions for me: first, you don’t have to be someone’s son or grandson to succeed and can make your own way (or not). Second: you actually get paid to read, write, teach, and watch young people grow, change, and succeed. What a deal! Third: you have no “boss” and you have enormous freedom to work on what you want, as opposed to what someone else (an ambassador perhaps) tells you to work on. I’ve always believed that I have the best job in the world and have never seriously thought of taking another, though I have been offered the opportunity. I did spend one year in government, enough to learn that it was not for me.  I should add that I would never have made a go of it as an academic but for the example, inspiration, and assistance of outstanding professors in graduate school.

To be honest, I wanted to make life simpler. I had lived in New York and commuted to Pennsylvania to teach (at Lehigh University) for twenty-five years.  I am not enamored of cars and driving, and there are only so many books-on-tape (that’s what they were back in the day) you can go through before you’ve had enough. Then came smart phones and the horrible effects it had on the way people drive. So commuting became deadly as well as dangerous. I was very happy at Lehigh, but when an opportunity to teach at City College came along, I took it without hesitation. It has been one of the best professional decisions I've made. This is an extraordinary place, not only because of its storied history and beautiful campus—well, there’s the NAC but if you work in it, as I do, you don’t have to look at it—but also on account of its exceptional faculty and students. I have met some truly outstanding scholars here. As for the students, when someone from another university asks about them, I say this: “I have never taught at a school where I am in awe of the students." What our students achieve despite the hardships many endure, and the comes-with-birth advantages they lack, is extraordinary. It has been a privilege to witness their successes.  I also joined a department that's not just collegial but also knitted together by friendships. When we have had occasion to hire, we have hired well, and the caliber of the department’s scholars, notably the younger ones, is as good as at any other university.

How long have you taught at CCNY?

I joined in 2010, left for a year and returned to Lehigh (CUNY’s bureaucracy made me crazy) but missed it very much and came back in 2012. I have never regretted that decision. City College is not flush with resources but it does exceptional things despite that disadvantage, and it has a mission that's more important now than ever perhaps.

How has the experience of working at CCNY changed/evolved over the years?

I’ve gotten much more involved in faculty governance than I’d planned or wanted to. If you have a wonderful job but find that the place where you work could be improved, you have three choices: to say that improving it is not your problem, to complain endlessly and make yourself and others miserable, or to pitch in and try, in small ways, to make things better. I chose the third path.

Please share an accomplishment that you consider particularly significant in your intellectual life at CCNY?

I’ll take the liberty of sharing two. One is getting to know and working closely with a number of faculty in other divisions besides my own. A good many of my closest friends at CCNY are in the sciences, humanities, and arts. I have learned a great deal from them. As for personal accomplishments, I’ve written two additional books since joining CCNY and am working on a third. My freelance writing for newspapers and magazines has increased in volume and exposed me to a new world.

What advice would you give to students currently at CCNY?

Study what interests you and resist the trend that’s turning our nation’s universities into venues for vocational training. This is the last chance you’ll have to read widely and acquire an education that enables you to explore several different disciplines. Pay attention to your writing and learn to write in a manner that makes your readers want to read on. Learn a new language or improve your facility in the ones you know.

What advice would you give a faculty member just starting their career?

Success (however you define it) in academia will require working long hours and often seven days a week. But remember that you’re doing what you love. If you don’t think you are, you should reconsider your choice of career. I’d add that teaching, or writing for that matter, never gets easier and once you think you can coast you’re no longer a good teacher. Be generous with the time you give students. They will never forget it and your advice and interest in them can make a big difference in their lives.