Reflective Paper of General Powell impact on my life 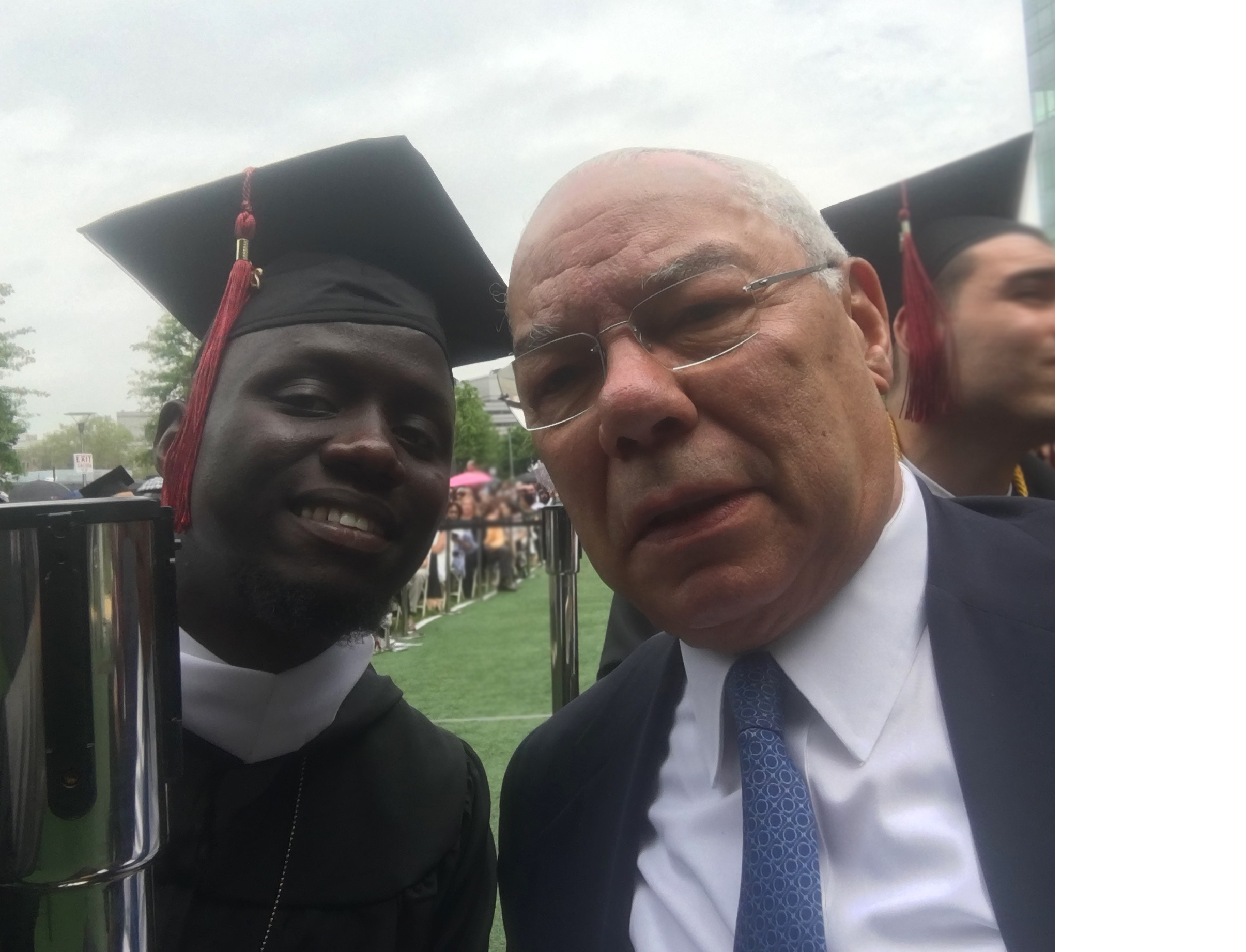 Reflective Paper of General Powell impact on my life

I came to the United States of America as an African immigrant from Senegal with a basic knowledge of English, now turned into a US. citizen.  In Senegal, I studied Diplomacy before travelling to China (two times), Ethiopia, South Africa and Turkey to further my research and experience in International Relations through internships and fellowships.  I speak fluent English, French and other African dialects and understand Spanish and Mandarin.

I’m working currently as College Assistant at the Dean’s of Colin Powell School- City College of New York since August 2018 after serving as First Secretary at Consulate General of Senegal in New York until July 2018 and in-charge of administrative matters.

Late General  Colin Powell has been tremendously inspiring to my life in general, and specifically to my commitment to serve an enlisted soldier first on November 2019, and then a Commissioned Officer in Military Intelligence with Branch Detail and a Chemical Officer, starting June 01, 2022.
Indeed,  “if you are going to achieve excellence in big things, you develop the habit in little matters. Excellence is not an exception, it is a prevailing attitude.”(General Colin Powell). This statement resonated in my  ears every time I committed to Army missions or evaluations.

In fact, I attended Army Basic Combat Training and Advanced Individualized Training at Fort Jackson in 2020 and last Summer 2021, I attended Air Assault School at Fort  Campbell and got injured. Through tough moments of recovery, I reflected on all hardships General Powell has been through following the War in Iraq by reading daily one of his quotes. I drew a quenching motivation out of it and followed my instinct to workout harder than  ever, three times a day, with a lot of running, pullups and pushups in order to master  a high level of fitness before attending Advanced Camp at Fort Knox, KY.

On June 07,  2021, I reported to Fort Knox as a Cadet, assigned to the 5th regiment for Advanced Camp. During two months, we went through physical fitness evaluations, range cards, combat operations and Army tactics that serve to ensure the defense of the United States’ homeland and the safety of our fellow citizens. I was awarded the Armed Forces Bank Award, reflecting on skillful warriors who demonstrated knowledge of multicultural war environments with respect to cultures and religions”

As “luck tends to come to people who are prepared. (General Colin Powell), I was ranked nationally 156 out of 3800 future Officers of the United States Army and awarded National Distinguished Military  Graduate, one the highest appreciation to Cadets in the Reserve Officers Training Corps. The Army Leadership has decided to send me as a Second Lieutenant on an Active Duty position as a Commissioned Officer for the Military Intelligence (MI)Corps.

I am lucky to attend both to Colin Powell School and to CUNY ARMY ROTC, as this achievement helps to bring closure to my  family as well. My brother Abdoualye Nene Cisse was an Military Intelligence enlisted soldier and was brutally murdered on october 16, 2019 in Minneapolis, Minnesota. He served in the Army National Guard of Minnesota until his death.  Following that incident that completely changed my life and my family members’ ones, I joined the ranks to serve his legacy. My brother died as an MI soldier and a new chapter has been opened in my life as a MI Officer, thanks to General Powell’s support to the ROTC reinstallation on CCNY Campus.

Only Cadets in my CUNY ARMY program, who are also students at Colin Powell School have been commissioned  in the prestigious MI corps this year. Referring to his famous quote in which he stated“If you are going to achieve excellence in big things, you develop the habit in little matters. Excellence is not an exception, it is a prevailing attitude”. The Colin Powell School has proudly represented New York and  Harlem on the stage of the United States Commissioning Board for FY2022.

I must confess that  Colin Powell’ efforts to bring back in  2014  the Reserve Officers Training Corps on CCNY Campus were one of the biggest public service achievements to hundreds of families and the uniformed services. From the US Homeland all the way to Germany and Kuwait, Officer graduates  from the CUNY Army ROTC Program are leading the best of America’s Sons and Daughters to mitigate terrorist threats and defend our Nation and Allied Nations safety and freedom.

Thanks again General Powell for all your insightful inspiration to give back to the Community. Thank you for helping serve the purpose and legacy of my Slain brother, by leading America’s best sons and daughters and serving the United States Army.