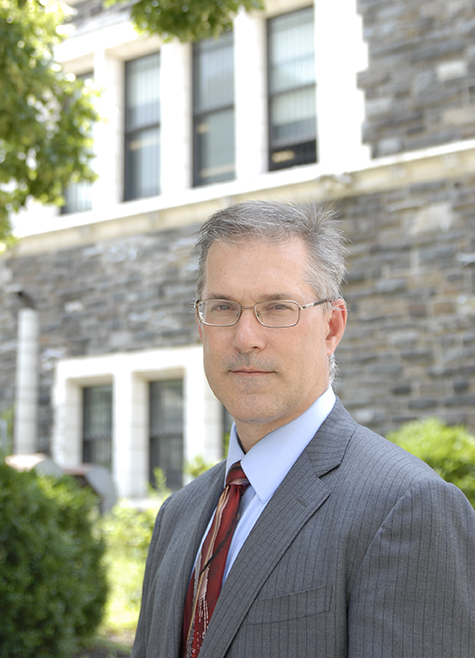 Vincent Boudreau was announced today as the first permanent dean of the Colin Powell School for Civic and Global Leadership.  He will assume the position on January 1, 2014, taking over from Dr. Jeffrey Rosen, who held the position in an interim capacity since the school’s inauguration in April 2013.

Dr. Boudreau has spent his entire professional career at the City College of New York, arriving as an assistant professor in the department of political science in 1991. Over the course of 22 years, Professor Boudreau has directed the MA Program in International Relations and the Undergraduate International Studies Program, and has served as deputy dean of social science and chair of the political science department. He was also recognized as CCNY’s “Teacher of the Year” in 2009.

In 2002, he became director of the Colin Powell Center, at a time when it was known as a center for “policy studies,” and was focused on hosting academic conferences and sponsoring research. Under Dr. Boudreau’s leadership, the Center embarked on a vital new program of activity, which emerged as an elaboration of CCNY’s historic mission: to ensure that students from under-resourced backgrounds have the advantages of an extraordinary education, and that our city and nation benefit from having an educational institution address the needs of the marginalized and underserved. In recognition of this vision, in 2009 the Center changed its name to the Colin Powell Center for Leadership and Service.

Under Dr. Boudreau’s direction, and in close coordination with General Colin L. Powell, the Center developed outstanding, rigorous leadership and community engagement programs. In 2013, as the natural culmination of a growth trajectory to extend the Center’s effective student success approaches and engaged scholarship activities, an opportunity emerged to build the Colin Powell School for Civic and Global Leadership by merging the resources of the Colin Powell Center with the Division of Social Sciences.

The newly named school contains the departments of anthropology, economics, political science, psychology and sociology, as well as six MA programs, interdisciplinary programs such as international studies and women’s studies, the CUNY Dominican Studies Institute, and the illustrious Skadden, Arps Honors Program in Legal Studies. Each year, roughly a third of the students who graduate from CCNY earn diplomas in departments and programs within the Colin Powell School. The school also plays a leading role in CCNY’s civic engagement activities, and is home to exciting new initiatives like the internship-based Semester in Washington Program.

Dr. Boudreau received his Ph.D. from Cornell University in 1991, and is a specialist in Southeast Asian politics, the politics of protest, state repression and collective violence. His latest book, Resisting Dictatorship: Repression and Protest in Southeast Asia, was published by Cambridge University Press. He serves on the editorial committee of Comparative Politics and Kasarinlan. He is married to Antoinette Raquiza, is one of seven siblings, and every now and then, when the weather is fine, he slips out of the office, takes his kayak to the ocean, and fishes.