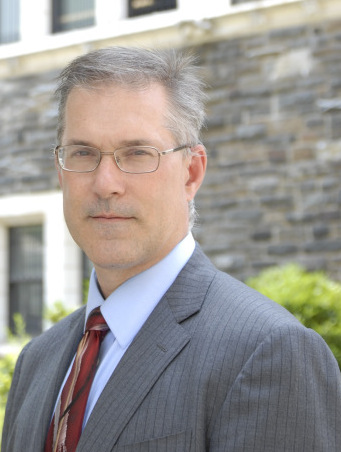 I've recently discussed the changing pattern of funding for public higher education and the pressures that those shifts have imposed upon tuition-paying students. Despite arguments about tight state budgets and financial crises, that shift is mainly underpinned by a real change in the way public officials view higher education and about who should be responsible for its cost. As I sat to write the next chapter in this series, that dynamic became all the more clear in my mind as we—administrators and higher education professionals—consider Governor Cuomo’s recently announced budget proposal.

In the past decade, crippling financial crises have moved states across the country away from past robust support for public higher education. But these periodic crises merely punctuate the steady decline in state funding for public education over the last 25 years. New York State’s current cuts to CUNY and SUNY are taking place despite a billion-dollar surplus in the past year, contributing to an undesignated reserve fund estimated to reach 2.1 billion dollars by March 2016. Suddenly, most of the funding cuts seem to result from a choice rather than a tough decision driven by financial hardship.

The policy details underpinning that choice recently became more clear: In his recent budget declarations, Governor Cuomo is calling for 30 percent of current state funding to be passed on to New York City, reflecting the 30 percent of the CUNY board members appointed by the city. There’s a kind of logic to that explanation, but it’s not robust: It suggests that the state should allocate funds in proportion to its power to control (even indirectly) the disposition of those funds. The proposal contains a number of truly welcome provisions, such as monies to cover the cost of a new contract and to cover increased expenses due to inflation (both absent from last year’s budget). Both provisions, however, are contingent on the City assuming 30 percent of the public-funding burden.

The contours of the friction between Mayor De Blasio and Governor Cuomo are fairly well known, dating back to their tussles over early childhood education. But the standoff is not, in fact, unique. In the past weeks, The Chronicle of Higher Education reported Illinois State’s defunding the University of Illinois system because of a similar dispute among state level officials.

The fact is that, in this season of rising populism, it has become much easier for politicians to regard public higher education as a luxury enjoyed by a relatively small share of the voting public at the expense of the broader society. Across the country, the idea that education is an individual benefit that people should pay for individually (either at private schools or via increasingly expensive public universities) has displaced the idea of an educated, prosperous society and a capable workforce as a public good that we all share. Even where elected officials do not openly deride higher education as a luxury, they increasingly approach it in ways that allow the health of our great universities to take a back seat to political considerations—and that leads us back to the tug of war between New York State and the City of New York.

It’s worth considering what the Governor must be thinking as he makes these recommendations. Presiding over a New York that is sharply divided between the conservative and often economically depressed upstate districts and a politically different, more prosperous downstate New York Metropolitan area, the governor is asked to support two university systems, one largely serving the former and the other totally located in the latter. Why should he ask upstate voters to support CUNY when they have their own SUNY campuses, championed by local politicians, in their own areas? Moreover, a democratic governor has fewer incentives to bring a New York City system under his wing—the largely democratic constituents of the city can be counted to support his candidacy far more than the more mixed upstate constituencies. Why not stand with those upstate, and demand that New York City take care of its own?

Over the long term, the idea merits consideration. The financial formula that has sustained CUNY since the late 1970s was occasioned by the crisis of the city at that time, and while state-level funding kept CUNY in business ever since, the university also remained in more or less constant crisis, repeatedly called upon to justify its very existence to a statewide legislature that often verged on indifference. At minimum, moving CUNY to a more New York City-based funding structure would ensure that politicians who are directly responsible to our communities would be allocating the resources necessary to educate them. And if the funding battles are becoming more political than matters of financial necessity, closing the geographic and political space between those who attend our colleges and those who fund them makes sense.

However, acting to implement this change in funding will require discussion and planning, and should not be a matter to be introduced in the brief period between a budget’s proposal and its adoption. Any concern for the health of our public education system demands careful consideration and the time to approach the change without impacting the quality of education on CUNY campuses, or its accessibility to our students. In the current political moment, any consideration of a graceful or measured transition in CUNY’s funding structure has taken a backseat to politics. But the best politics in this case would eschew the brinksmanship of a man-made budget crisis that casts the university in the role of Solomon’s baby. We have three months to make that case before the current proposals—or revised versions of them—find their way into the new budget.