Celebrating Psychology Professor Bill King As He Prepares to Retire 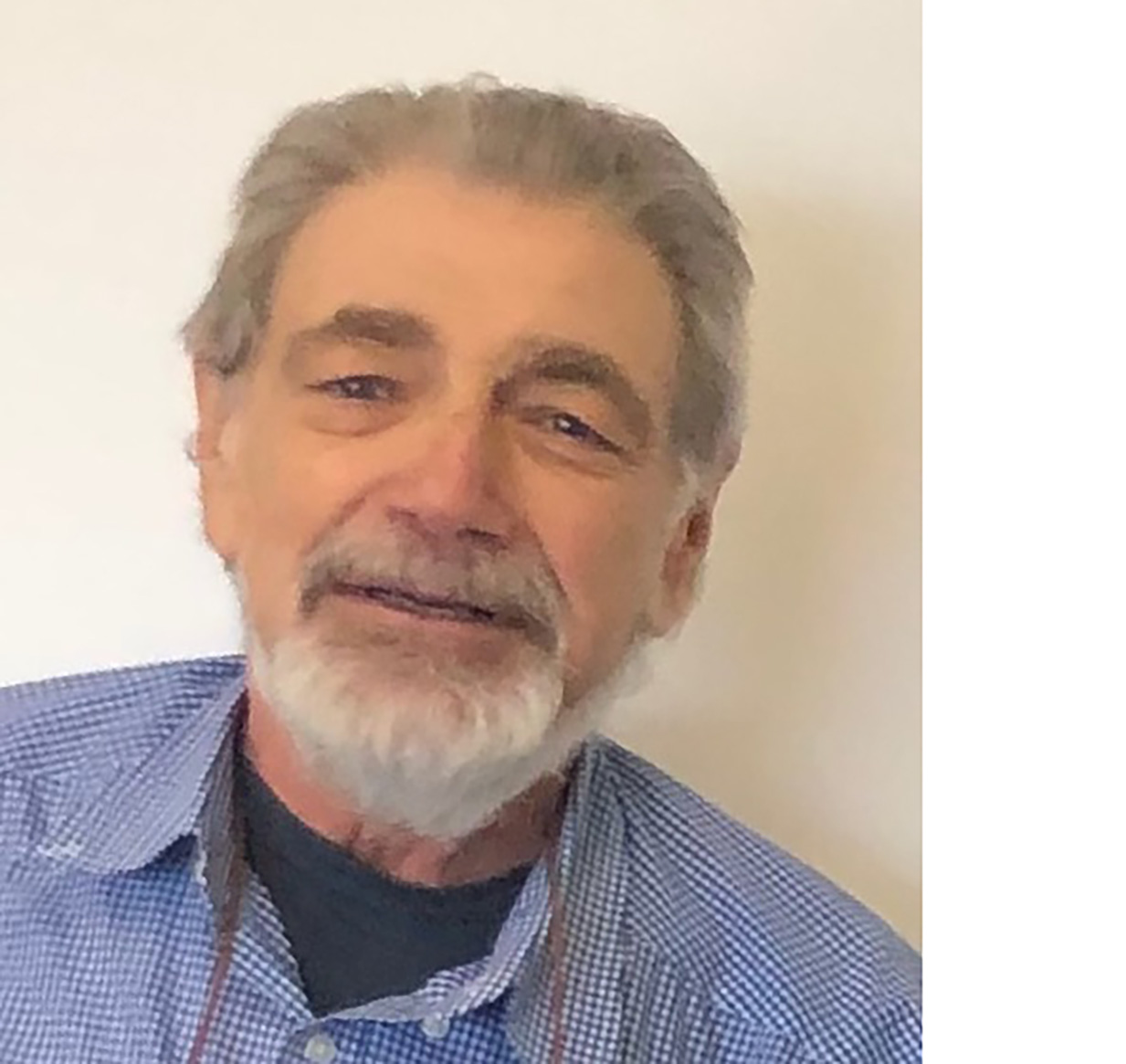 Celebrating Psychology Professor Bill King As He Prepares to Retire

After over half a century at CCNY, Professor Bill King will retire this year. Raised in Newark, New Jersey, he graduated from Rutgers University and the University of Colorado and has been with CCNY since 1967. In this interview he tells about his early education and his circuitous path to the field of psychology, offers highlights of the way CCNY has changed over the decades, and gives advice to future students and faculty. Professor King has served in multiple tenures as department chair, graduate program director, and dedicated advisor to countless students. Bill’s hard work and dedication will be sorely missed. The Colin Powell School wishes to thank Bill for his years or loyal service.

Tell us a little about you: Where did you grow up?

I grew up in Newark, just across the river from Manhattan. I think it was similar to kids growing up in an ethnic enclave in Brooklyn or Queens. In my case it was a Jewish neighborhood; my friends’ parents were first and second generation immigrants from Eastern Europe; many were Holocaust survivors. I think my experience was probably analogous to the background of many of our students. My parents were especially keen on me attending college to get a better life but had very little idea what that meant. Because of that, they had little direct influence on my schooling and not very much schooling themselves. They never checked my homework or put many restrictions on my activities even though they were wonderfully loving parents. Fortunately, my peers were focused on academics to a greater degree and this fact together with a good school system gave me enough background to succeed academically.

What were some early experiences that influenced the direction your life/career took?

First, going to college was an ever present thought throughout my childhood. Second, my father bought me a chemistry set when I was eight or nine and I spent many hours trying to create explosives and metal disks in the shape of quarters to use in vending machines. I was not so much interested in the product but more in solving the problem. I did succeed in creating a perfect lead disk the size of a quarter but discovered that it was too heavy to actually work. I was satisfied with a partial success. I would probably have blown myself up with my attempt to manufacture nitroglycerine or real gunpowder but could never get my hands on strong nitric acid for the former or potassium nitrate for the latter.

How did you become interested in the field you pursued?

I went to Rutgers University in Newark taking the bus to school. My choice of college was dictated by the fact that I was admitted and I could earn the tuition and costs by working part time and living at home. My interest in school had shifted from chemistry to biology and because I had no idea that it might be possible to study biology and make a living, I chose dentistry as my goal. This seemed possible because my brother-in-law was a dentist and I figured that I would be able to take many biology classes with that major. In retrospect it is hard to understand that I did not see becoming a biologist as an option, but I didn’t. This helped me understand that unless children see people they actually know and can relate to or identify with succeed in some field, they are not likely to see it as a viable possibility for themselves. I did well my first semester and during my five minute advisory session with a science advisor was told I should switch to pre-med. Not really being interested in dentistry except as a major which would allow me to study biology, I switched. In my sophomore year, I Iost interest in science classes and became very interested in creative writing and drama and with no guidance, cut many of those classes and stopped doing much of the work. Thus, during my junior year I felt I had ruined my chances for medical school and although I loved English I felt I would never be able write well enough to succeed and I knew I couldn’t spell well. In the world before computers and spellcheck, that was no small matter.  My choice of psychology as a major was strongly influenced by my instructors. My introductory psychology class was taught by Dr. Daniel Lerhman, who researched the effect of hormones on behavior and whose lectures were so vivid and well organized that I did not take notes but could remember them perfectly. And, they were rooted in biology. He had Niko Tinbergen, one of the world’s foremost ethologists, give a guest lecture. It was grand. Dr. Lerhman was a graduate of The City College.

My instructor for experimental psychology, Dr. Dorothy Dinnerstein, was amazing also and in addition to teaching us how to conduct research from beginning to end, she added a worldview beyond laboratory work. She wrote a fascinating book, The Mermaid and the Minotaur, displaying a breadth of thinking she communicated to her students in addition to the material. Dr. Dinnerstein graduated from Brooklyn College. Thus, I transitioned from an uninspired pre-medical student to a psychology student. I would add that I was also strongly influenced by my classes in abnormal psychology and child psychology with Dr. Mavis Hetherington. We were the first class she taught after getting her doctorate from UC Berkeley, and she showed up for class in an evening gown looking like a movie star. Contrary to stereotype, she became an outstanding nationally known researcher known for her groundbreaking work on the effects of divorce on children.

We wanted to move back to the New York area to be close to our families.

How long have you taught at CCNY?

I came to CCNY in 1967 after teaching three years at Dalhousie University in Halifax, Nova Scotia. That makes about 53 years not counting this semester as I am on leave.

How has the experience of working at CCNY changed/evolved over the years?

I began as a researcher in cognitive development and during the 1970’s earned a post-doctoral certificate in psychoanalysis and psychotherapy from NYU. I then introduced a master’s course in psychotherapy and later an undergraduate class on the same topic. There were turbulent times when students vanished into the underground to protest the war in Vietnam and times when we could see police battling with protesters on the corner of Amsterdam and 135th street. Our students changed regularly depending on which groups most recently immigrated to New York and according to the socio-political forces in the city.

When I stopped active research and completed my postdoctoral studies, I became chair of the Department from 1981 to 1989 and again from 2004 to 2007.  Also, I was director of the general MA Program on and off for a total of 17 years and also directed the Mental Health Counseling Program from 2007 to 2020. My experiences as chair were different from anything I had done before and I appreciated the opportunity to help the faculty and especially the students both undergraduate and graduate.

Please share an accomplishment that you consider particularly significant in your intellectual life at CCNY.

I can’t point to a single event that stands out, perhaps because I have spent nearly my entire adult life at The College during which time I learned a great many things about myself and others. Learning to be a chair and to deal with and try to resolve or ameliorate conflicts involving every combination of faculty, students, and administrators taught me things I could not have learned otherwise.  Changing from a researcher to a psychotherapist also taught me a great deal. A thought I have often had is that I probably helped more people in very significant ways doing advisement than I did doing psychotherapy.

I experienced great satisfaction advising students all along from the very beginning of my time at the college. Not having any advisement as a high school student or early in my undergraduate career and yet succeeding through the good fortune of meeting a few extraordinary professors has motivated me to help students, especially those for whom college is a great unknown and who like me are the first generation in their family to have the opportunity to attend College.

What advice would you give to students currently at CCNY?

Try to follow your own true interests if you know them. If you don’t, get help trying to find them. You will have a better chance to fulfill your dreams as well as your parents’ if you do. I don’t know if this is really good advice but it worked for me.

What advice would you give a faculty member just starting their career?

Whatever you do to succeed, make sure it’s something you really care about or your success will not sustain you.  Also, pass up the cheap publication for something you think really matters even if it lowers your publication count.