Discovering the Value in Untold Stories 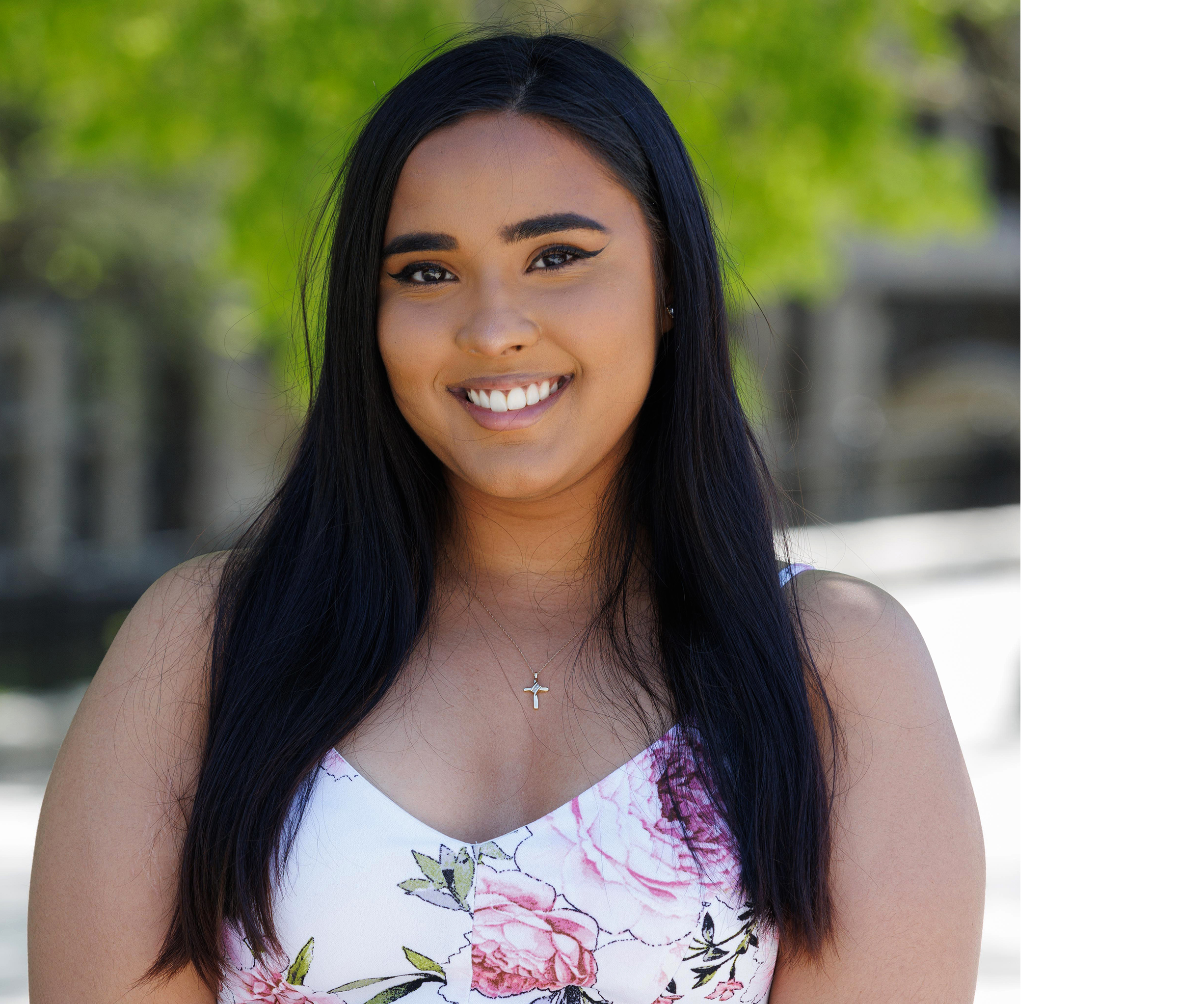 Abigail Raghunath’s studies were inspired by her experiences in foster care, her brother’s incarceration, and her family’s immigrant struggles. She chose to study at CCNY as she saw herself in the stories of alumni like Colin Powell and William H. Greene. She majored in Political Science and International Studies. She was awarded the 2021 CCNY Humanitarian Award for her community impact, which included coaching her Mock Trial team, mentoring for the Black Male Initiative, founding the city’s first South-Asian sorority, and working with youth in churches and local schools. Abigail’s European Parliament internship inspired her to further understand the refugee crisis. Subsequently, she participated in research that investigated the transfer of international medical licenses to the US for refugees. In 2020-21, Abigail was awarded the S. Jay Levy Fellowship and completed several internships in public service. Currently, she is an assistant to the Global NGO Executive Committee’s President Patrick Sciarratta and works for NYS Senator Julia Salazar on prison reform policy. Abigail will spend this summer supporting community development and gender equity projects in Siem Reap, Cambodia. In the fall, she will pursue her Master in International Affairs degree at Columbia’s School of International Affairs, where she will explore the impact of public policy on survivors of gender-based violence.

I am what they call a “New Yorker” because I was a foster child to immigrant parents from Guyana in New York before arriving at City College. I lived in each borough at least one point in my life, and that is where I learned to appreciate the values of diversity. When I was 14, I was finally released into my mother’s care, where we resided in the Bronx. Shortly after, I entered high school at A. Philip Randolph Campus High School on City College’s Campus.

Five years ago, I was a high school student across the street from City College, and my sister was a student here. I would come to campus to help her care for her young child as she took classes. During this time, I witnessed the strong relationships and support system that she built with her peers and faculty. I was surprised to see that even though she was a student here, the people at City College treated her like family. I also spent time listening to her friends talk about significant problems and exchange ideas on how they can change the world one day. In moments like these, I saw myself reflected in the diverse students at City College.

What is your passion or purpose behind your studies at CCNY?

City College has enabled me to cultivate a passion for change and mobilizing voices that have been ignored. The support from my City College family pushed me to pursue opportunities that I would typically shy away from. In my first year, I was able to mentor my peers and tutor youth in my community through City College. These experiences taught me that providing access and resources for people can significantly impact their lives and choices. As I continued throughout City College, I had support from my professors to apply for research and advocacy internships to assist refugees receiving professional licensures in the host country under an adjunct professor at Yale University. Through this internship, I learned that there was value in the untold stories of refugees. So, I decided to enroll in the Gender Violence in War and Peace course with Katherina Stefanos. This is where I decided that I would apply for graduate school and study how gender violence impacts the voices of people, especially women. This class changed my perspective on the connection between race, socio-economic class, state terror, gender violence, and political violence.

How has the Colin Powell School helped you on your career path?

City College and the Colin Powell School have helped me navigate my future. After graduation, I will be attending Columbia University to attain my Master in International Affairs, concentrating on International Security Policy and volunteering in Siem Reap, Cambodia, to help with educational development for women. However, four years ago, I did not see myself doing this. I entered college thinking I would receive a BA in Political Science and International Studies and attend law school after graduation. But, after receiving the S Jay Levy Fellowship and completing an internship at a law firm, I realized that I wanted a path where I felt like I was doing something I loved and making a difference in the world. This shift in career choices made me nervous; however, after receiving an email from Professor Braveboy-Wagner with advice on my career path, I found a lot of comfort and confidence that moving into international relations and security was for me. I was prompted to apply for three internships: Research for Refugees under an adjunct professor at Yale, US State Senator Julia Salazar’s Office, and the Global NGO Executive Committee — through City College. These internships allowed me to further develop my passion for mobilizing the voices of those around me that did not have one.

I have many unforgettable memories here at City College, but my fondest memory would be the day I won the Humanitarian Award at City College in 2021. I remember receiving an email about the award, but I had no idea how I received the award. Prof. Braveboy-Wagner began reading her speech about me a few days later, and I was utterly stunned. I remember telling my mom, “Is this actually real?” This was a big moment for two reasons. First, I never thought the things I did, such as mentoring with CUNY Black Male Initiative, tutoring for City Tutors, teaching Sunday School in my community, and my other internships mattered to anyone or made a difference. That day I realized that I was wrong, it did matter, and people watched. Secondly, that speech meant a lot to me because she was someone I admired and saw similarities with my background. After all, we are both Caribbean women.

What advice do you have for current and future students?

My advice is to not be afraid to break out of your shell. City College is where we learn from our mistakes and grow in a safe space. It is a space that accepts all people regardless of their skin color, ethnicity, religion, orientation, class, and income. We all come here to learn and empower both ourselves and our communities. So, do not be afraid to go during office hours, randomly say hello to a classmate, join a club, or even start your own organization here. City College is where we begin our journey into the world as future leaders.

What does it mean to you to be selected as a salutatorian?

Being the Colin Powell School’s salutatorian gives hope to my community. I come from a background where most people do not go to college or are even given the privilege to attend college because either they do not make it to the age of eighteen or they must provide for their families by working. So, I have the privilege to overcome these adversities and set an example for other youth in my community. This means showing them our past does not define our future. We can be successful and prevail against the odds.