Professor Schonfeld on Being a Brownsville Native, Becoming a Teacher and Researcher of Work-Related Stress, and Building Life-Long Relationships | The City College of New York Skip to main content

Professor Schonfeld on Being a Brownsville Native, Becoming a Teacher and Researcher of Work-Related Stress, and Building Life-Long Relationships

< Home / Colin Powell School for Civic and Global Leadership / Professor Schonfeld on Being a Brownsville Native, Becoming a Teacher and Researcher of Work-Related Stress, and Building Life-Long Relationships

on Being a Brownsville Native, Becoming a Teacher and Researcher of Work-Related Stress, and Building Life-Long Relationships 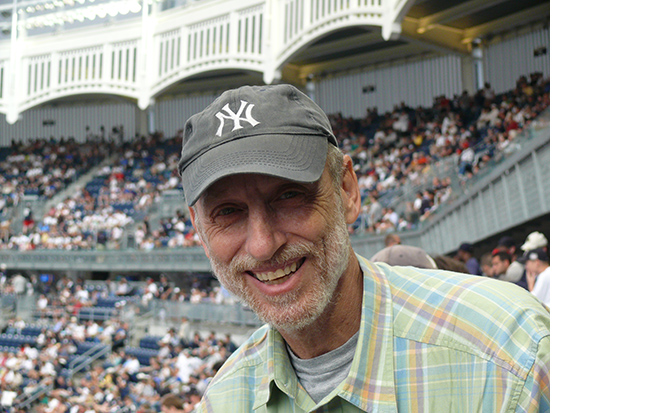 After 35 years of teaching psychology, Professor Irvin Schonfeld announced his retirement in December of 2020. Professor Schonfeld graduated from Brooklyn College, majoring in psychology and mathematics, and became a math teacher in the New York City public school system. He later left teaching to complete a doctorate at the CUNY Graduate Center, combining educational psychology and developmental psychology in his research on children’s mathematical cognition. He developed expertise in the impact of job stressors on the mental health and morale of teachers and the self-employed and came to identify with the emerging field of occupational health psychology. Professor Schonfeld is a member of the doctoral faculty of both CCNY and the CUNY Graduate Center. He is the founding editor of the Newsletter of the Society for Occupational Health Psychology and is co-author of the book, Occupational Health Psychology: Work, Stress, and Health.

Where are you from and what is your background?

I come from a Jewish family that lived in the Brownsville section of Brooklyn when my dad, a World War II veteran, was discharged from the Army. We moved to a housing project in Flatlands, the least developed section of that borough. At the time we moved in, the housing project was surrounded by meadows, stands of trees, and freshwater swamps. My friends and I spent much of our childhood years in those fields playing baseball and football and in the swamps hunting for tadpoles, frogs, and snakes to bring home as pets. That early experience led to a lifelong interest in science (later at City College I worked with a biology professor on the extent to which some people accept the theory of evolution). I sadly watched all meadows and swamps and, even, a neighborhood farm get developed away.

I attended Samuel J. Tilden High School. I was a pretty good athlete, becoming the captain of the school’s track team. I competed in the 400-meter sprint and ran for the varsity cross-country team.

I attended Brooklyn College, where I majored in psychology and minored in math. I enjoyed Brooklyn College a great deal. I read the Iliad and the Odyssey, took electives in philosophy and comparative literature, and learned enough French to read novels by Camus and Sartre. Professor Kenneth Bruffee’s elective on essay-writing was, perhaps, the best course I ever took anywhere. We read the great essayists, writers such as Lamb, Milton, and Orwell, and learned to write cogent essays.

I got involved in the anti-Vietnam War and Civil Rights Movements. I helped found an underground newspaper. When I was a junior, I got arrested in a demonstration that combined protests related to free speech and the war. That same year, I had a Vietnam-related piece published in a book by George Kennan.

After college I got a job as a math teacher for the NYC Board of Education; in the evenings I earned a master’s degree in psychology at the New School for Social Research. After six years, I quit teaching and pursued a doctorate full-time at the CUNY Graduate Center, where I studied a combination of developmental psychology and educational psychology. I also made sure to take many statistics courses in graduate school.

After I earned my Ph.D., I got a job in the Division of Child and Adolescent Psychiatry at New York State Psychiatric Institute/Columbia. As I made progress in that job, I felt like Moliere’s Monsieur Jourdan, who was shocked to discover that he was speaking in prose. I was equally shocked to discover that I was doing epidemiologic research in child and adolescent psychiatry. My boss, David Shaffer, persuaded me to apply for a postdoc in epidemiology at Columbia.

I had been working on research in cognitive development and childhood and adolescent psychopathology. But during that postdoc, I got to know Bruce Dohrenwend and Bruce Link who had been conducting research on stress. My knowledge of the teaching profession—the school in which I taught was plagued with violence and other problems—led to a new line of research, namely, the problem of job stress in teachers.

On the strength of research I conducted in cognitive development and child and adolescent
psychopathology, I got a job in a social science department in the City College School of Education. Once in the SOE, I began to change my research agenda. I obtained grants from the CDC to study the impact of job stress on teachers. While I was there, the SOE reconfigured itself a number of times; I moved from one department to another and to another. Eventually I was able to apply for and get a transfer to the Psychology Department.

What is your passion or purpose behind pursuing a career in the field of psychology?

My passion is to understand how the stress process unfolds at work. The more we understand about the stress process, the better able we are to intervene to make workplaces less stressful and more healthful. In 2017, the Springer Publishing Company published my book on work, stress, and heath.

What has teaching at City College meant to you?

Second, I recognize that many students have difficulty writing. While writing is important for individuals who go on to pursue doctorates, most of our psychology undergraduates are not going to pursue a doctorate in psychology. And that is okay. However, being able to write well will help students in many other careers. I feel that I owe it to our students (and to their parents) that when students complete one of my classes they will write better than they wrote when they entered the class.

Do you have any significant memories or accomplishments from your career that you would like to talk about?

My significant memories include having been fortunate enough to conduct research with some terrific people. One of those people is David Shaffer, who had been the chief of Child and Adolescent Psychiatry at Columbia. We wrote several papers together but one paper on the impact of neurological soft signs on depression and anxiety in adolescents stands out in my mind. David wrote the intro and discussion. I wrote the method and results. We published it in 1986. It gets cited again and again.

Another is my work with two people, the late Ed Farrell, my friend and CCNY colleague and Joe Mazzola, a colleague who is now at Meredith College in North Carolina. Although I am a quantitatively oriented researcher, I developed an appreciation of what qualitative research can do in terms of discovery. I have written separately with Ed and with Joe about the value (and limitations) of qualitative research on job stress.

Finally, I have done a great deal of work with Renzo Bianchi. Although Renzo is French, he currently works at the University of Neuchâtel, in the French-speaking region of Switzerland. We have studied the relationship between job-related burnout and depression from different angles. Although this line of research has been controversial, Renzo has made substantial progress in this area. We recently published a new instrument, the Occupational Depression Inventory, which is designed to measure depressive symptoms workers ascribe to their jobs. I greatly enjoy working with him.

Do you have any advice you could give students, former students, and colleagues?

It can be helpful to forge relationships with people who are different from you. Of course, the idea of difference applies to people who are of a different gender, race/ethnicity, and age group. Regarding age group, one of my valued friendships is with Cheryl Sims, who was a student in a class I taught. Despite the age differences, I have other friendships with former CCNY students, including Joel Engleman and Nelson Graham.

The idea of forging relationships with people different from yourself is broader than you may think. When I was a college student, I took more science and math courses than courses in other subject areas but my college friends included an English major who took a special interest in Walt Whitman and a classics major who read Homer and Virgil in the original. We learned a lot from each other.

It is very important in life to forge relationships and, when the circumstances are right, friendships.