A Window to the Past 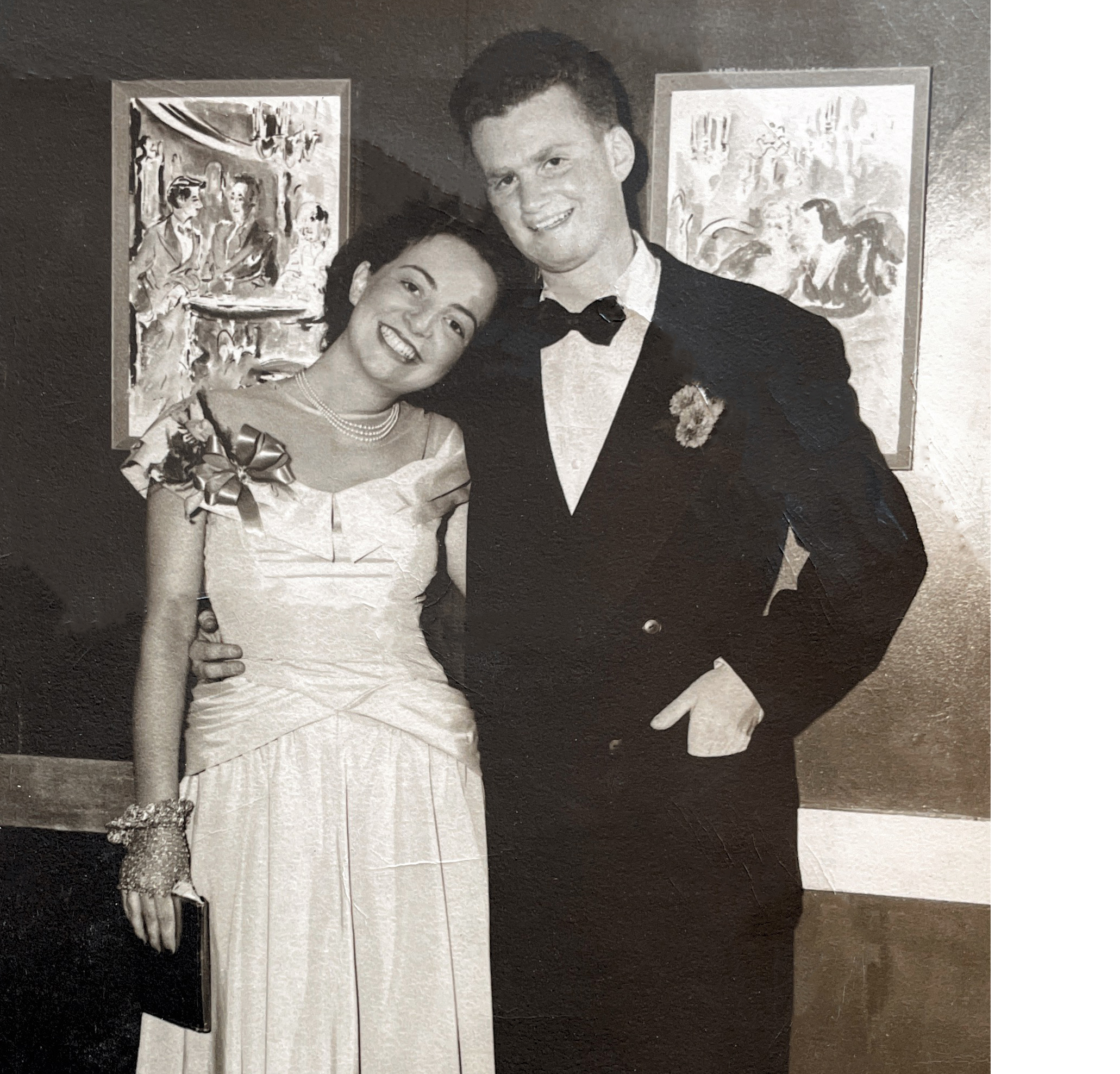 He met Marjorie Feder in the fall of 1948, while she was a senior at Bronx Science (he was also a Science graduate — they are, in fact, the first Bronx Science couple ever to marry!).

In one letter, he described the schedule that he was planning to take:

Registration is close and I’m quite worried about it. I’ll be carrying 19-1/2 credits which is way over par and taking Art, English, History, Latin, Public Speaking, Spanish, Linguistics (a new & very fascinating course), either Psychology or Physics (probably the first) and gym.

It represents 27 class hours a week and at least two days a week without a lunch hour—but like a beaver my darling, your idiot looks forward with anticipation to the work. I’m going to get a straight A average this year or bust.

A few letters later, he describes the process:

Reading about your registration procedures just sharpens and focuses the CCNY system more in my mind. I got to school about 9:45 AM and proceeded to Dean Gotschall’s to get permission to take 19-1/2 credits which will establish me at the end of this term as a full upper junior. I had to wait over an hour to see him and as I had to report at 11:00 I was rather impatient by the time I was ushered into his office. He got my record and began to comment favorably upon it. He proceeded to ask me what I wanted and when I told him he asked me why. That was a little difficult without bringing you into it but I finally succeeded. He then sat me down and lectured me for about ten minutes on the value of leisure and contemplation as opposed to education under pressure. He stressed the view of a broad and intensive analysis of what one does as a basic need to a good education.

I agreed with him of course, but I also pointed out the fact that trying to help get yourself to school and through, coming from a home of modest circumstances as I do is not exactly conducive to the luxury of leisure and studious contemplation and review. He was impressed when I pointed out that I had made the record he admired while working every evening —or playing [foot]ball—and that now I had more free time to devote to studies. He (reluctantly still, I’m afraid) approved my application in the form of a note (enclosed) and sent me to register. Darling, till you’ve undergone a CCNY registration you’ll never really appreciate Dante. It is without doubt the most nerve wracking experience a person can undergo in the educational world. You receive a numbered registration card, a schedule of recitations, and a few worksheets. Waiting for your number to come up while classes close all about is the hellish part. In the smoke-filled atmosphere of the room you sit and die a thousand deaths as the men file out of the tally room closing more and more sections each time.

It gets so (especially if you have to wait over an hour which is common) that you begin to shout at the poor innocents —who, after all, are only performing their diabolical work in the line of duty. “Go away,” “No, No, No,” “I’ll kill you” and far more vulgar and primitive epithets, determined by the female content of the room.

You aren’t safe till you leave the tally room. First an advisor must approve your program, no. of credits, choice of hours etc., etc. After that you go down a list of talliers who check to see that your classes are all open, and finally your card is stamped “tallied.”

At any point along the way a class may close on you. As a matter of fact one blew up in my face just a second before the stamp was to mark the cards, but fortunately it was Public Speaking which I was easily able to transfer to other days at the same hours.

From this point registration is almost over. You fill out a few cards, and for all practical purposes you’re through, unless they cancel a section completely, in which case you’re really through!! (Program enclosed.)

I’m awfully glad it’s all over and very thankful that it came out as well as it did.