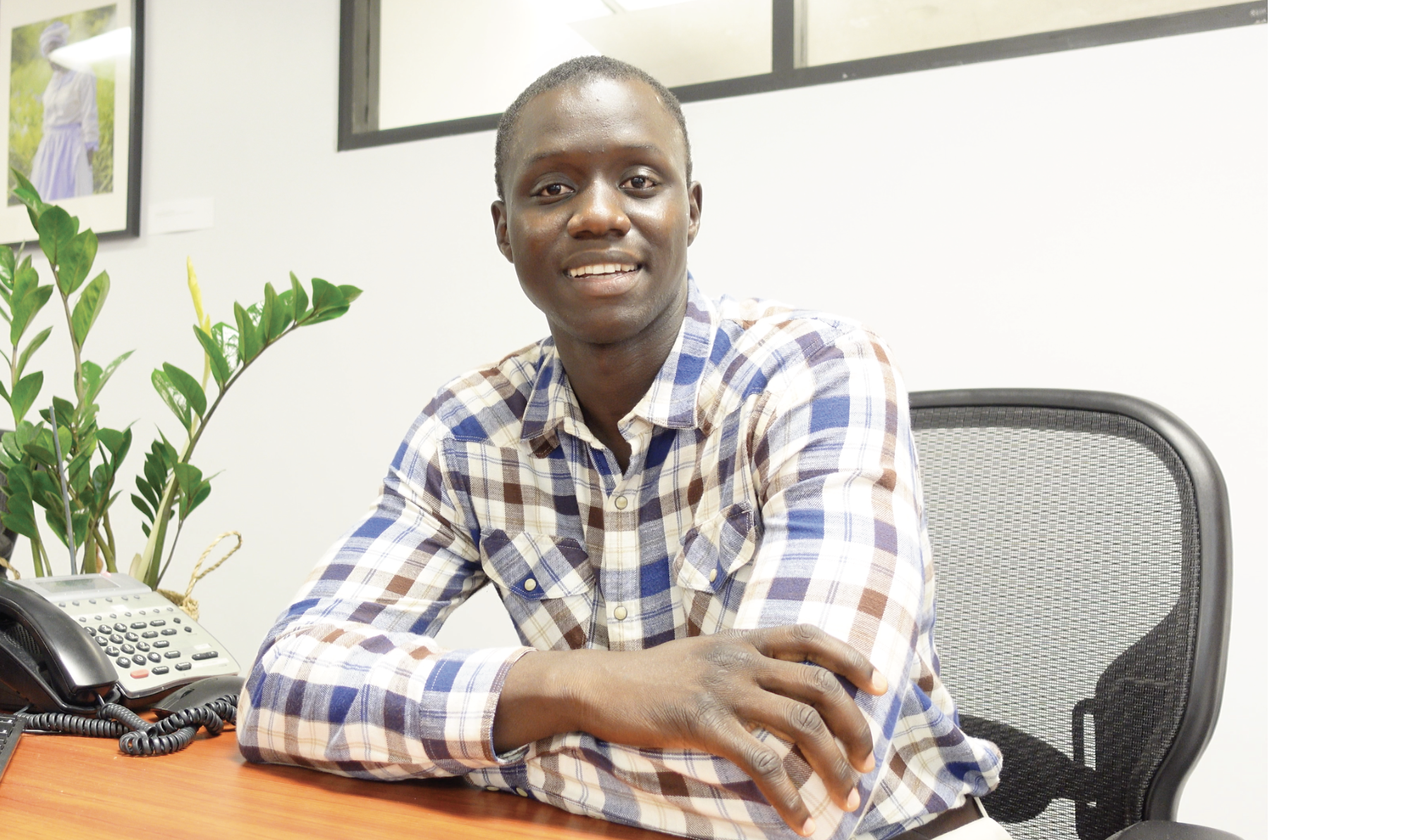 The Colin Powell School extends our warmest congratulations to Serigne Cheikh Kara Cisse for being selected to serve as a Military Intelligence Officer in the US Army. Cisse has been a dedicated administrator in the Dean’s Office since 2017. A native of Senegal, Cisse joined the Colin Powell School community as a student, earning his bachelor’s degree in international relations and economics and his master’s degree in international affairs. He also served as a squad leader in the CCNY Army Reserve Officers Training Corps (ROTC). Cisse recently appeared on the Today Show with other students to commemorate General Colin Powell’s life and legacy. Cisse was selected for the Military Intelligence Officer role along with fellow Colin Powell School graduate and ROTC member Roman Voytovych.

What has been your path in ROTC, including your new assignment?

Being a Cadet in the U.S Army Reserve Officers Training Corps (ROTC) is a quest of leadership skills and knowledge. I initially joined the CUNY ROTC Program in 2014 until 2016. Then I moved on to get my Bachelors at Colin Powell School and then my Masters in 2019. Following the slaying of my cousin on October 16, 2019, I decided to go to Army Boot camp at Fort Jackson, SC and then return to CUNY ROTC at CCNY as a Reservist Soldier. I joined the Military service to both carry over the legacy of my slain cousin and be part of something bigger than me, which is serving my community.

Following successful training at Advanced Camp at Fort Knox, KY last Summer 2021, the Army Leadership has decided to send me as a Second Lieutenant on an Active Duty position as a Commissioned Officer for the Military Intelligence (MI) Corps with Branch Detail in Chemical, Biological, Radiologic and Nuclear warfare.

You are an  immigrant to the United States. Where did you come from originally? What brought you to NYC? How did you find your way CCNY?

Being an immigrant to the United States was the greatest opportunity for me. I came from Senegal, West Africa where I was born and raised. I came  to  the United States for better professional opportunities. I served other immigrants, members of the African community based at 116th Street, New York City. Then I decided to attend Colin Powell School City College of New York to further my  academic journey and better myself. Without regrets, I enjoyed every single bit of support and care I received from the Colin Powell School Staff and Leadership

How meaningful is this promotion to you? What does it mean for you, your family, your career?

On the Soldier side, this is a great accomplishment. Being commissioned by the United States Congress and President of The United States of America is the heaviest mandate for an immigrant, turned into a US. citizen. It is a big role of leading America's best Sons and Daughters who  chose to set themselves on harm's way  to defend and support American values, Freedom and Honor as well as the United States Constitution. Personally, it feels like following the great steps of my slain cousin, whose military career impacted positively the life of many service members in the Minnesota National Guard. In addition to my commission in the highly selected Military Intelligence community, I received the Armed Forces Bank Award at the 5th Regiment Advanced Camp graduation, Fort Knox, Kentucky, on July 19, 2021. I earned this award for best demonstrating respect for other cultures and people by effectively using the training scenarios to demonstrate a mastery of cross-cultural competencies  and warfare as they relate to a complex environment.

How has your experience been at the Colin Powell School? How meaningful is it, as army officers, to be at a school named for General Colin Powell?

As “luck tends to come to people who are prepared” (General Colin Powell), I was ranked nationally 156 out of 3800 future Officers of the United States Army and awarded National Distinguished Military  Graduate, one the highest appreciation to Cadets in the Reserve Officers Training Corps. I must confess that  General Colin Powell’s efforts to bring the Reserve Officers Training Corps (ROTC)  back to the CCNY campus in  2014 was one of the biggest public service achievements to hundreds of families and the uniformed services. From the US Homeland all the way to Germany and Kuwait, Army Officers graduates  from the CUNY Army ROTC Program are leading the best of America’s Sons and Daughters to mitigate terrorist threats and defend our Nation and Allied Nations’ safety and freedom.  The Colin Powell School has proudly represented New York and Harlem on the stage of the United States Commissioning Board for FY2022.

To the late General Colin Powell, I want to send this message: