Uncovering the History of an African American Settlement in Central Park 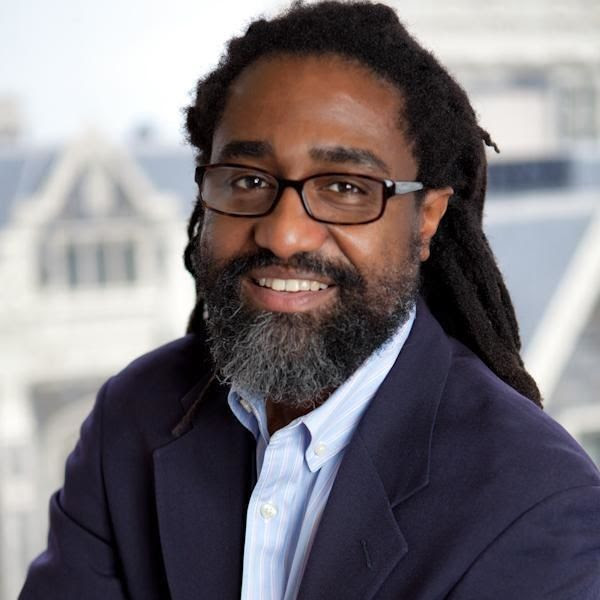 Outside of his work as an academic advisor at the Colin Powell School, Herbert Seignoret is helping preserve the history of New York City’s first settlement of African-American property owners. An alumnus of the Colin Powell School’s Anthropology program, Seignoret is the Associate Director of the Institute for the Exploration of Seneca Village History and previously served on the advisory board of the Seneca Village Project.

I came to the United States from the Caribbean island of Dominica to study architecture in 1989. After taking elective courses in urban anthropology and historical archaeology, I switched to anthropology. These courses gave me a new optic to observe, analyze, and understand the world in a holistic way. My lifelong interest in the historical past was piqued with the rediscovery of the African Burial ground in 1991. At the time, I was learning about the potential for historical archaeology to give a voice to communities misrepresented in the historical record. I was frustrated by the attitude of the General Service Administration towards the descendant community. I was also concerned about the death of minority archaeologists initially involved in that project.

I got to know about CCNY and its architecture program when a group of CCNY study abroad students visited my college in Dominica.

Tell us about your experience at CCNY.

I have worked for more than twenty years at CCNY. I was a program coordinator for two teacher education programs. I served as a teacher’s assistant on archeological field schools and introductory anthropology classes at CCNY. I was recently appointed as an Academic Advisor within the Colin Powell School. Throughout, I have been committed to access and inclusion in education. During this time, I served as an advisor for a number of student clubs. For example, the cricket club, the Caribbean Students Association CSA, and Helping Hands.

What made you want to become an advisor for the Colin Powell School, what do you enjoy most about it?

Working closely with students to reach their maximum potential is a rewarding experience that exceeds monetary value. We see a wide range of students from an amazing array of backgrounds. Helping them navigate the maze and obstacles is satisfying. There are several opportunities and services that they are not aware of. We try to prepare them for these opportunities, be it study abroad, fellowships, scholarships, internships, and mentorship with our amazing faculty. There are also instances when students need the services of the Wellness Center or Academic Standards because they may be going through a rough patch. Seeing them succeed is satisfying.

What can you tell us about the Seneca Village project and what it means to the history of New York City and its residents?

I am the Associate Director of the Institute for the Exploration of Seneca Village History. I have worked with this project for more than twenty years. Seneca Village was an African American and Irish immigrant community located in the area that became Central Park. Through the project, I have observed the power of historical archaeology to illuminate counter narratives and to reveal how communities are shaped by political forces, both historically and in the present. I give lectures on Seneca Village using primary source materials, to encourage a community of learners among students and the public, actively examining and challenging historical misconceptions and representations of minority communities.

How did you get involved with the Seneca Village project, and what does the future hold for it?

I got involved with the Seneca Village as an undergraduate student at CCNY working with Professor Diana Wall. She was the only historical archaeologist in the CUNY system in those days. The story of the Seneca Village project begins in 1992, with the publication of Roy Rosenzweig and Elizabeth Blackmar’s The Park and the People: A History of Central Park. They devoted a chapter in the book to describing the area that was to become the park before it was created, and they featured Seneca Village in this chapter. They brought the village back into modern memory and inspired the Seneca Village project.

In 1995, educator Cynthia Copeland, then of the New-York Historical Society, began to use Seneca Village in programming for middle- and high-school teachers to provide a case study for using primary historical sources in the classroom (Martin 1995). Copeland had worked at the African Burial Ground’s Public Education and Information Center before coming to the Society and was well aware of the power of archaeological study in attracting under-represented minorities to the study of history. Soon thereafter, she and Grady Turner began to curate an exhibit—Before Central Park: The Life and Death of Seneca Village—about the village at the Society.

In 1996, I attended a workshop on researching the village led by Copeland at the New York Historical Society. Diana Wall had first heard about the village in 1993, when she read an interview with Blackmar where it was discussed. She was enthralled by the story of the village. She had just begun teaching at the City College of New York and thought the archaeological investigation of the village could be a wonderful project for incorporating undergraduates into archaeological research. She was also interested in exploring the archaeology of the African-American experience in New York City, her area of research. She contacted the Central Park Conservancy in 1993, but at that time they were not interested in having an archeological study in Central Park, so Wall put the project on hold. Later, some of Wall’s students at City College worked with Copeland as interns on the exhibit. The exhibit, on display from 1997 to 1998, was critically acclaimed (Haberman 1997; Martin 1997; Ramirez 1998). Wall and Copeland began to explore the possibilities of an archaeological project at the village.

In 1997, archaeologist Nan Rothschild of Barnard College joined the study; she and Wall had worked together on various archaeological projects over the years. So Copeland, Rothschild, Seignoret, and Wall organized the Seneca Village Project—now the Institute for the Exploration of Seneca Village History, a 501(c)3 organization—in 1997 to bring the village into the mainstream of American history. The project includes three integrated components: research, education, and commemoration. Project members were actively involved in working towards the erection of a sign commemorating Seneca Village on the site in Central Park; the sign was dedicated in 2001. The Central Park Conservancy launched the Seneca Village signage project on October 23, 2019, after working with IESVH and Community Board 10.

Public Education has always been of critical importance for this project. We would like to have the research be part of the New York City educational curriculum. We would like the signage to be permanent and have walking tours that educate the public of this critical aspect of New York history.

Thank you so much, Herbert Seignoret, for taking the time to speak with us.