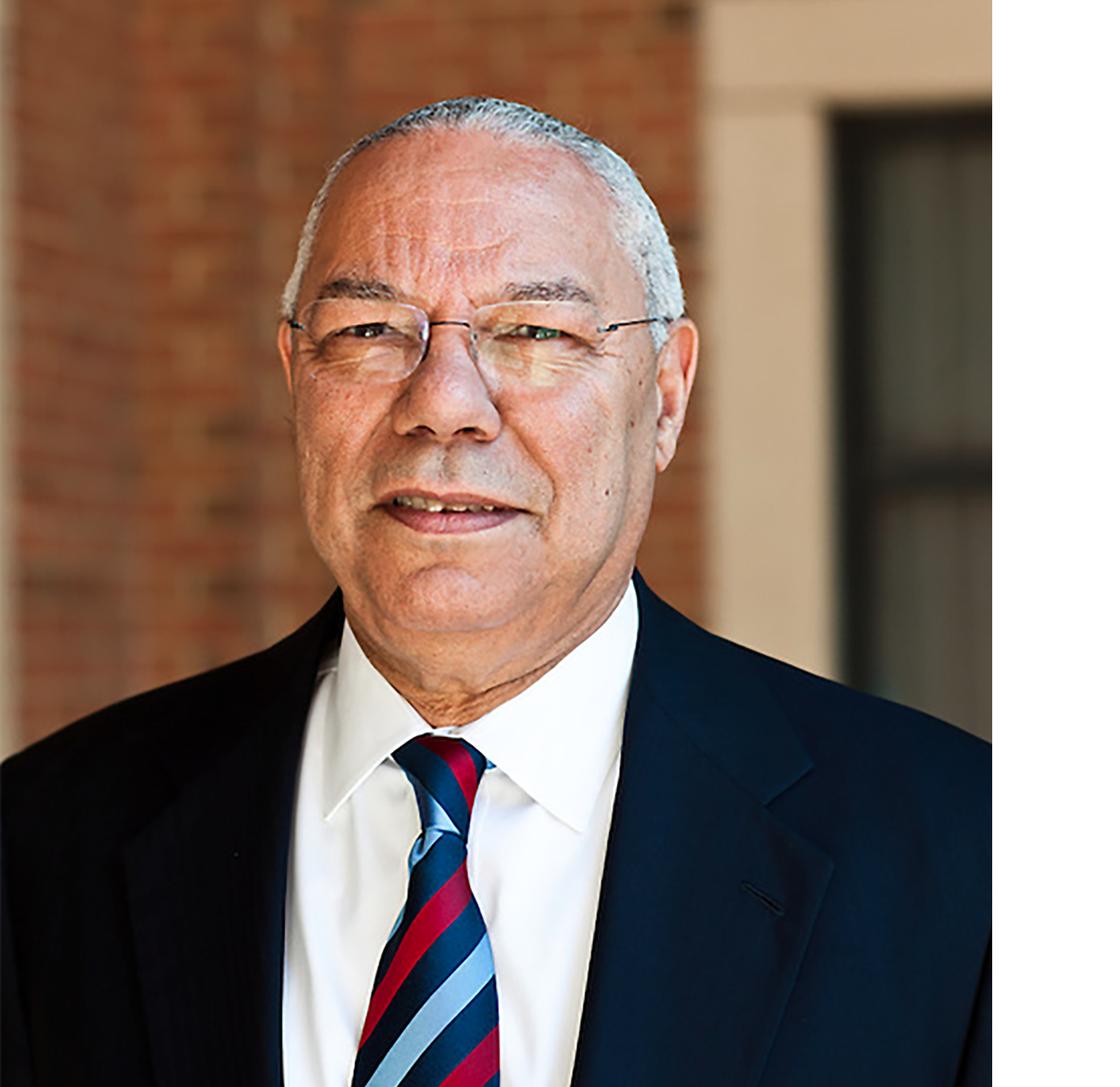 We mourn
the loss of
General Colin Powell

We mourn the loss of General Colin Powell.

No words seem adequate at this moment. This school is his. He was our leader and our friend. His pride in this place gave all of us strength, and we are heartbroken.

General Powell will be remembered as a man of extraordinary accomplishment: a trailblazer, a role model, and an inspiration. And he was a proud son of City College, a person from humble origins who never forgot where he started. The son of Jamaican immigrants, born in Harlem and raised in the South Bronx, when it came to college, it was CCNY or nowhere, as he often reminded us. He found ROTC here, and he discovered his purpose and direction. He went on to greatness, but he never left this College behind.

The Colin Powell School reflects his vision, his passion, and his never-ending belief in the essential nature of this place. General Powell committed himself to every student who walked through our doors. He loved this place, and loved meeting every one of them. He would show up early to meetings on campus so that he could stand in front of Shepard Hall and meet students as they walked by. He’d hear their stories and tell them his own. He would encourage them to work hard and pursue their dreams. He always reminded them—and all of us—that “they’re just like I was” some 65 years ago now.

General Powell never missed a Colin Powell School graduation, and he took the time to shake the hand of every student earning a degree. It’s hard to imagine graduation without him. But this school remains his, and every graduate of the Colin Powell School is a part of his legacy. He was proud of this place, and we are even prouder to have had him as our leader.

I want to share again the recording from our event just a couple of weeks ago with General Powell and Linda Powell. If you missed it, you’ll want to watch it. He talks about growing up in New York City and reflects with such love and caring about the College and this School.

Also, just last week, one of General Powell’s close friends shared this interview that General Powell did back in 2013. He thought it was one of his best. At the end, General Powell remarks, “My life has been blessed because I have had a chance to serve my country, and I’ve had a chance to do things that have benefited my country. And when it’s all over, I just hope that they say, ‘he was a good soldier, he raised a good family, and God bless him.’ That’s all I ask for.”

We send our love, prayers and condolences to Mrs. Powell, Linda, Michael, Annemarie, and the entire Powell family.

If you wish to make a gift in General Powell's memory,
you are invited to do so here.